I started, what I call, articlulate writing years and years ago. Some of it was free associate writing, automatic writing, or what ever you chose to call it. It was, and still is, a fun outlet for me. Some of it, no one has ever read before. A lot of it .... maybe nobody should...
I've been writing these letters to the Universe since I was young. I've always called it "articlulate writing" (sic) but BLOG also works.

Windows to the Soul

Windows of the Soul 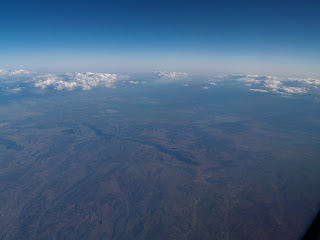 Windows of the Soul

P.S.   It is said that a millennium is just a moment to the Universe. Do you want to give me a moment to see if I can unstick this widow?
The eyes have it. [sic]

Jerks are only human

Jerks Are Only Human

"The trouble ain't that people are ignorant: it's just that they know so much that ain't so." – Josh Billings.

I'm sure that everyone has had an encounter with a jerk. Just to clarify things, a jerk is someone who is dumber than you. If you don't know very many jerks that means that many people consider you to be a jerk. To be a jerk is not necessarily bad, everyone is someone else's jerk. A jerk is neither good nor bad. A jerk just is.
Did you ever take the time to get to know a jerk? I mean, did you realize that they're people too. Dumbness is not necessarily a qualification for one fitting the jerkism category. I have known some very intelligent jerks in my day.
It is common to have, at one time or another, said or thought, "Hey, that persons a jerk!" But have you ever thought about whether or not that person can help it? Maybe he was born that way. No one knows for sure if jerkism is hereditary or not. Is it in their genes? Should a person be ridiculed and condemned for something that they have no control over?
Is it fair? Doesn't anyone care? Do people have to stare? Do they always get into innocent beings hair? Do they really foul the air? Do they come only as a pair? A jerk! – where?
In honor of those afraid to stand up and admit to jerkism I officially declare that for one week a year, from this day forward, all will celebrate a National Jerk Week. Parades and festivities will be forthcoming.

There are many ways to celebrate this grand occasion, and I'm sure that many more will surface once word hits Wall Street and People Magazine.
So take a jerk to dinner without laughing as food drips down his chin. Smile at a jerk (Don't Laugh!) when she does something dumb. When a mechanic works on your car, who you find later to be a jerk because your car runs worse than when you brought it to him, don't say anything about the problems, just pay with a smile. When you listen to a jerk weatherman and have a picnic on a "beautiful day", just keep quiet and eat the soggy, rain soaked, sandwiches. Please remember, at least for this one week, if a jerk smiles – try to refrain from knocking out all his teeth.
If a jerk is crying for no reason – don't give him one.
If a jerk is dying of laughter – don't tell your favorite joke to him, he probably wouldn't understand it anyway.
If you see a jerk pounding on the chest of your mother, who is suffering, not from a heart attack, but from sunburn – calmly point out what he is doing wrong.
If a jerk puts out his cigarette on your waterbed-- don't suffocate him with your pillow.
If a jerk criticizes your writing – don't stab him with your pen.
If a jerk is driving his car in the wrong direction on an exit ramp on interstate 999 – please don't honk at him, it will only add to his problems.
Even though a jerk is calling your mother names as he hangs from a 2,000 foot ledge – help him.
If a jerk is taking you to lunch this week – offer to pay half the bill.

But how does one spot a jerk if he wishes to take one to lunch as part of one’s civic duty?
You can usually tell that it's a jerk when …
He stops you, just short of electrocuting yourself as you reach for a light switch, because he remembers that he screwed the bulb in backwards.
When he tells you not to worry as you see your car start to roll, because he cut the wheel toward a brick wall so it wouldn't roll out into the street.
When he heaves rocks through your window to see if you are up before he knocks on your door because he doesn't want to make you mad by waking you.
When he won't answer his ringing phone knowing that it doesn't work, because every time he dials his own number it's busy.
He is the biggest fan of a team that is a rival of your favorite team,
When you ask him for the keys to your car and he tells you not to worry because they are locked safely in the car.
When he takes an umbrella into the swimming pool because of the 100% chance of rain today.
When you realize he was going to take you to dinner this week…
How can you tell if you are a jerk – so you can know to skip food shopping this week?
When you are constantly lending your car to jerks.
When people are calling you weeks in advance to reserve a dinner date with you this week.
When you step into the shower before adjusting the temperature.
When you can't tell the time because the little  “ : ”  burned out on your digital watch.
You throw out your pens when the wax runs out.
You can't tell the eminent from the facetious.
You are in charge of blindfolding the condemned man in front of a firing squad, and when the handkerchief rips you curse by saying, "Shoot!"
You find a ten-dollar bill in front of an apartment complex and spend the rest of the day looking at all the mailboxes for the name Hamilton.
You wear a windbreaker because you’re feeling gaseous.
You have a solar lighting system installed inside your house.
You read in the dark because bright lights give you eyestrain.
You want to wear glasses because they make you look intelligent.
You try to fall asleep, but your vivid dreams keep waking you.
You want to wear contacts because you want to change your eye color.
You have at select times proved that it is possible to trip up stairs.
You read articles by people who write about dumb things…